The YMCA of Western Ontario Women of Excellence Gala is a unique event hosted every two years by the YMCA in London. All proceeds from this event support the YMCA Strong Kids Program, ensuring everyone has access to YMCA programs and services regardless of their ability to pay. It is one of the many ways the YMCA of Western Ontario fulfills its goal of developing spirit, mind and body in people of all backgrounds, beliefs and abilities in our community.

Join us for our 2019 YMCA Women of Excellence Awards Gala on Wednesday May 15th, 2019 at the London Convention Centre.

Get your tickets here!

Originally hired on a six-month contract to assist the Grand Theatre and its Board of Directors during a period of significant financial challenges, Deb Harvey is in her nineteenth year as the Executive Director of the Grand Theatre. She is one of only a few female senior executives in Canadian Theatre. The Grand has evolved as the hub of London’s cultural sector and one of Canada’s foremost regional theatres. Much of this is attributed to Deb’s key role in championing the arts, growing the Grand’s leadership role in the community, and securing significant increases in operating and capital funding. She is an active and long serving member of the Boards of Downtown London and Tourism London. Those bonds and the relationships with organizations, politicians, sponsors, and volunteers are what has allowed the Grand this period of renaissance to grown to even greater heights. 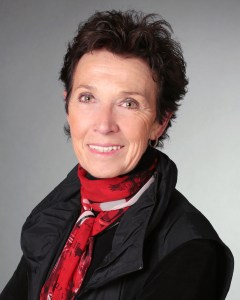 Heather Hiscox has been a leader in Canadian Broadcasting for over 30 years. Currently sh is the host/anchor of the CBC national morning news program, for which, in 2018, she won the Canadian Screen Award for Best National News Anchor. Many of her early careers years were spent in London, and FM96 and CJBK Radio, and at CFPL TV. She earned her M.A. in Journalism at Western University and was delighted, as well, to receive an Honorary Doctor of Laws degree from Western in 2011. Heather is sought after across Canada as an emcee, moderator, and keynote speaker for a wide range of events, including London at the Leaders in Innovation Dinner at Robarts Research Institute. Heather is a mentor and role model to young and aspiring journalists and broadcasters.

Kathy Longo’s name is synonymous with volunteering. Her involvement goes back to 1980, where she started with the London Regional Art Gallery Junior Volunteers as a Committee member. She is a founding member of La Ribambelle, a French first language day care that continues to serve the French speaking population of our City. Kathy has served a variety of roles with the YMCA including two terms as President of the Board and the initiation of the Young Woman of Excellence Awards. She has been involved with St.Joseph’s Health Care London since 2000, the Kidney Foundation’s Celebrity Men in Fashion, and as an Honorary Co-Chair with husband Frank for the Youth Opportunities Unlimited New Addition Building Campaign. As a strong role model, Kathy is the person that every community not only wants to have living in their city, but also the person that every community needs. 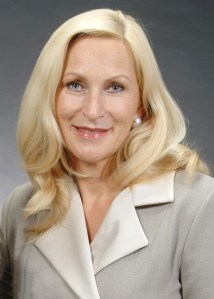 Shantal Feltham is the Founder, President and CEO of Stiris Research and Stiris Research USA Inc, an award-winning company conducting global clinical trials for biotechnology and biopharmaceutical industries. Stiris is a recipient of the PROFIT top50 Emerging Growth Companies award, two-time recipient of the PROFIT 500 award for Canada’s Fastest Growing Companies and recognized by the London Chamber of Commerce as Business of the Year in the Small Business category. As a six-time recipient of the PROFIT W100 Top Female Entrepreneur award, Shantal was selected into the Ivey KPMG QuantumShift program for Canada’s Top 40 Entrepreneurs and awarded a full scholarship to the Tuck-WBENC Executive Program for women entrepreneurs. In 2015 Shantal initiated a mentorship program for co-op and summer students. Shanta’s strength, drive, and tenacity glow from the inside out. 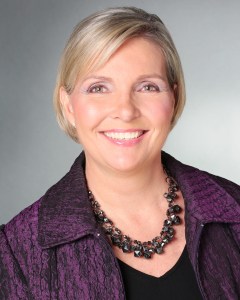 As an accomplished and well-published physician in the Department of Pathology & Laboratory Medicine at Western’s Schulich School of Dentistry, Dr. Bertha Garcia has attained international recognition for her research in organ transplantation and medical education. After achieving her Doctor of Medicine degree, Summa Cum Laude in her native land of Peru, she came to Canada to pursue her post-graduate education and experienced multiple challenges being a woman, an immigrant and a medical trainee. Consistently ranked by students as one of Schulich’s top professors, Dr. Garcia is described as enthusiastic, engaging and a master storyteller. With 28 careers awards, including recognition by the Canadian Association of Pathologists for outstanding leadership in education and the international ASPIRE award from the Association for Medical Education in Europe, Dr. Garcia is a generous and supportive mentor to others. 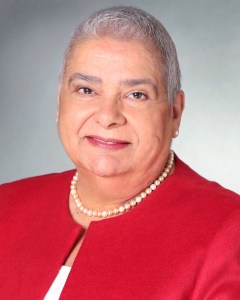 As the Director of Sports and Recreation at Western University since 2017, Christine Stapleton has helped set the table for National and Provincial Championships, the hosting of major and community events, and the forging of strong links with the City of London. Christine has earned a national reputation as a leader in interuniversity sport and recreation programming, fund-raising, facility development, event management and student leadership. Christine has earned a number of personal honours, including but not limited to, winning three consecutive Conference Coach of the Year awards, named the top Women’s Basketball Coach in the Country and in 2001, named the 3M Canadian High Performance Coach of the Year. Christine provides unwavering dedication to sport and recreation at the university level and is an exemplary role model to girls and women, in a male-dominated field. 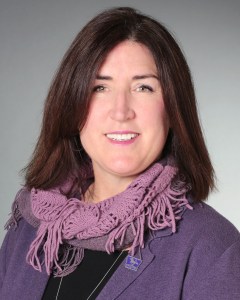 Facing horrific challenges with grace, tenacity, and courage, Serena Tejpar has astounded everyone with her determination and passion. Despite barely surviving a severe motor vehicle collision, Serena returned to university and graduated with a Bachelor of Medicine Sciences (honours with Distinction) degree from Western University. Serena is committed to improving the Canadian health care system, advocates for better physician-patient relations and client outcomes, and in completing her Master of Science in Global Health degree to address the inequities and deficiencies in health care systems around the world. She has been recognized with numerous awards such as Top 50 Emerging Canadian Leader by GenY Inc, National ISTAR Student of the Year Finalist by the Ismaili Council of Canada, and recently named as a Young Director with G(irls)20, a nationwide initiative to recognize and promote female representation in leadership roles.

For over 50 years, Janet Stewart has practiced law in London. As the Managing Partner of Lerners LLP from 1991 to 2007, a position rarely held by a woman, Janet led its expansion in both London and Toronto. In concert with being a skilled professional, Janet is an inspiration and mentor for countless young lawyers, many of them female. Her contributions to philanthropy are legendary and inspiring. In addition to being a founder of Big Sisters in London, Janet has served on numerous Boards and Committees. Her accomplishments make her a role model and mentor who is admired and held in high regard by individuals from various walks of life. She is a deeply caring individual and is an inspiration to all those who are invested in giving back to the community. Her honours abound. They include the Governor General’s Caring Canadian Award, the Order of Ontario, The Queen Elizabeth the Second Diamond Jubilee Medal, The Women’s Las Association of Ontario’s President’s Award, the Law Society medal, the Lexpert Zenith “Leadership Through Change” Award, and an Honourary Doctor of Laws, Law Society of Ontario. 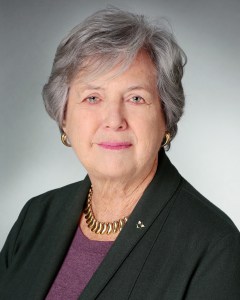